The installation of anti-terror bollards in Chester city centre is intended to protect the public during both heightened threats and large events. The strength of the bollards will ensure vans and cars are unable to be used for attacking crowds. Vehicle progress can be stopped immediately with the bollards. The goal is to help to make Chester secure. The work has already started due to the partnership established between emergency services including the Chester police, Chester Council and Chester West.

The computerised bollards are a type of obstacle to be installed during the next six months. The installation will take place in the most strategic areas within Chester city centre. This does not mean any specific threats have been made against the city. The council decided to take the advice provided by authorities from all over the country to increase protection for the busiest urban areas. The Deputy Council leader believes in addition to the COVID-19 threat, other potential threats must be handled as well.

During the last few years vehicles have been used by terrorists all over the world to harm people. The installation of anti-terror bollards will prevent vehicles from being used as weapons to protect both visitors and residents. There is currently no specific threat issued against Chester. Unfortunately, there are a lot of cities all over the world that need to improve their security due to threats against the country’s way of life and democracy. The design of the bollards was carefully planned to make certain they blend well into Chester’s unique heritage and history. 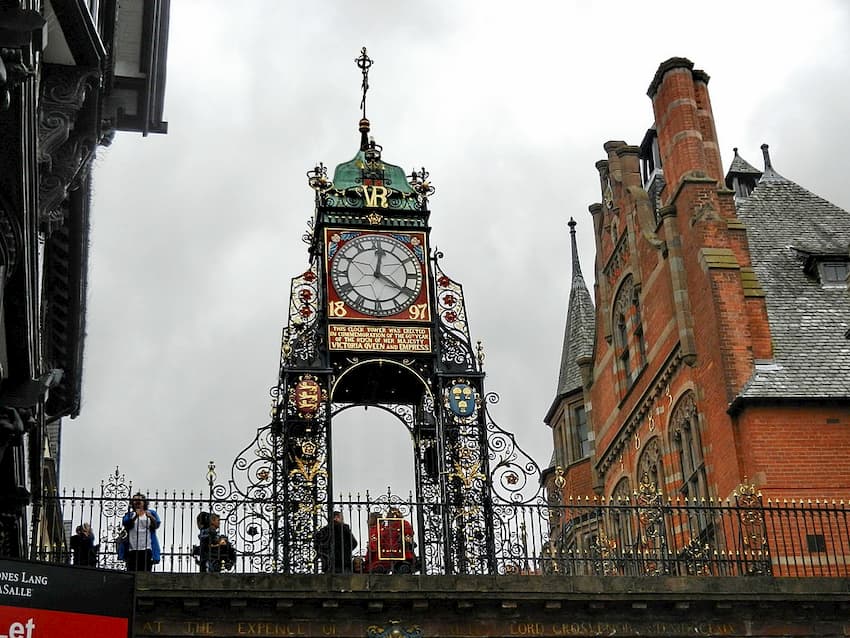 The Plans to Protect Residents and Visitors of Chester

As the Assistant Chief Constable, Matt Burton made a statement. He said the Chester Council and Chester West have been working together successfully for the last few years. The idea is the creation of a project to lockdown vehicles during major events. He wants to make certain the crowds are protected from vehicle threats. The Cheshire Constabulary is extremely pleased the plans previously discussed can now be implemented. There is no doubt these types of threats are both persistent and real. The proof is in the attacks to the London and Westminster Bridges.

Even the Manchester Arena has been attacked. History has shown vehicles are commonly used during these types of attacks. According to recent intelligence, there is no risk specific to Chester. The anti-terror bollards are simply part of a general security measure created to keep everyone in Chester city centre as safe as possible. There is a lot included in the plan such as specialist training provided for the staff serving Chester shops, businesses, council departments and faith groups. All of this is being accomplished through Project Servator.

The project is essentially a policing tactic created for the interruption of criminal activities such as terrorism. The public will be provided with a very reassuring presence. The belief is the protection for Chester remains as effective and efficient as ever. As the service head of North West Ambulance Service for Merseyside and Chester, Dave Kitchin also made a statement. He feels the steps being taken for the City of Chester are positive. The NWAS is extremely supportive of these steps.

During the past decade, the senior leadership has been working very closely with Chester Council, Chester West and emergency partners including rescue and fire emergency services. The partnerships have enabled consistently improving public safety.

The best option for disrupting terrorism and criminal activities in Chester is the deployment of a security operation. The anti-terror bollards are an important part of this operation. The effect on the emergency incident response will be minimal. The threat of vehicle-related attacks for numerous activities including cultural events and shopping will be significantly reduced. Once the anti-terrorist bollards have been installed, access to the city centre on a daily basis will be granted to both blue badge holders and approved vehicles.

This is in accordance with the current order for traffic regulation. There will be no changes to the delivery schedule for businesses. During events, public vehicles will not be allowed on the roads. Whenever necessary, emergency vehicles will still be able to reach the city centre. The installation of the anti-terror bollards will take place during the spring and summer months due to the partnership between ATG Access and Ringway and the council. The project is expected to reach completion no later than autumn.

The anti-terror bollards were created partly to help Britons, non-muslims and Muslims join together to establish a multicultural future. The purpose is the creation of a permanent peace as opposed to the devastation of Jihad terrorism. Unfortunately, understanding the people many consider an enemy has been unofficially labelled as bigotry. For this reason, understanding the Muslim community is extremely difficult. The hope is the computerised, anti-terror bollards will provide the people with a sense of safety.

Large crowds throughout Chester city centre will be protected from terrorist attack threats using vehicles as weapons due to the installation of the bollards. The council takes the numerous terrorist incidents occurring all over the world extremely seriously. The threat against the United Kingdom due to international terrorism is considered significant. Despite the attacks across the globe on well-protected targets, crowded areas are at a higher risk. Terrorists have already shown the most easily accessible areas are the most likely to be targeted.

The result of these types of attacks includes loss of life, political and economic impacts and serious disruptions of life. One of the most frequently seen attacks worldwide involves using vehicles for causing harm. The people of Chester will soon be protected from this kind of attack. Within the next six months, Chester city centre will receive the best protection possible for vehicular attacks.