Chester train station has a rich history behind it and has grown with its surroundings over the years. Originally constructed in 1848, it has long serviced the area and today maintains a very strong presence.

This is true even with the increase of alternative transportation modes, including the proliferation of car ownership. The companionship of local cabbies has always helped bridge the gap between the broader distance covered by train and the more local destinations provided through taxis.

Chester Train Station has remained a staple of the Newtown area and seems on track to continue providing this service for years to come. This, as a result, become an extension for the cabbie industry in the area. Collectively, a holistic ecosystem is created between Chester Train Station and local taxis services providing safe and secure transportation for countless passengers everyday with its dedicated taxi rank. 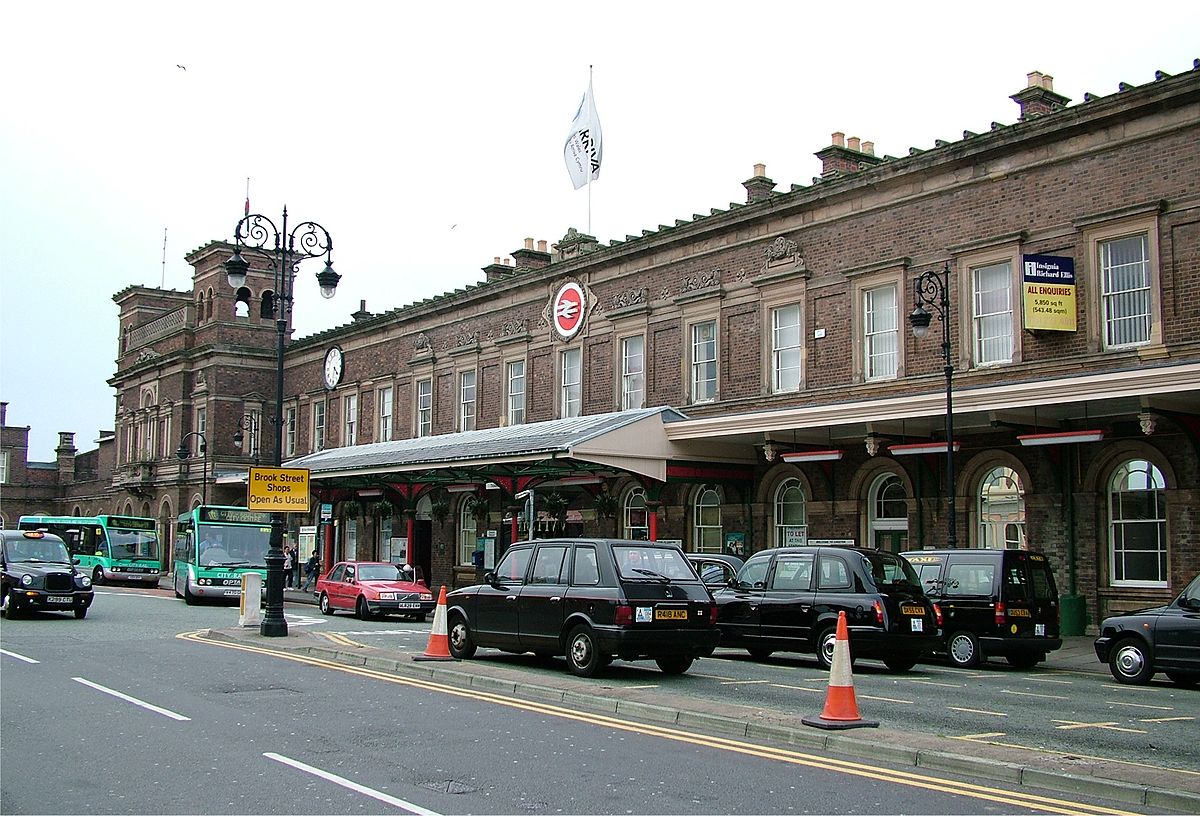 Over the years, its services and functions have adapted, but the core offering has remained unchanged. At the end of the day, providing safe and reliable train travel across greater distances in the England area has always remained paramount.

Today, you can choose this station to take you to London Euston, North Wales Coast, Cardiff, and Birmingham.

Additional stops exist between these broader destinations which provide an excellent level of flexibility depending on travelers’ needs. This, at its core, is a significant part of what has kept the station operating for so long. There are elements of feasibility which cannot be denied; however, the combination of location, timing, and serviceability have made it a go-to location for many decades.

Rush hour times directly influence the services provided and destinations offered. A prime example of this would be the regular trains offered in 15 minute intervals. This is a route that extends out to Liverpool stations, the rapid offerings are directly correlated to traffic demands for the area. Generally, it provides essential travel to regions that are densely-populated and also with larger workforces.

As a result, the Liverpool route is generally occupied during work hours (morning and late afternoon) as commuters travel to and from.

There is a separate train route that takes passengers from the station to Manchester stations, two times every hour. This one is particularly beneficial in its own right, though it should be noted that there could be limitations. Namely, this is true when it comes to the capacity for passengers. Although there traffic density is much less than, say, the Liverpool transit, it could potentially use a greater allowance. In either case, maximum capacity is quite robust for the Chester Train Station and suits its passengers quite well.

Chester Train Station offers transit options to multiple airports in England. Birmingham International Airport offers direct routes to the station. This services is regularly used by countless people every day and proven to be essential to the functioning of the region.

There is a core set of train routes offered at Chester Train Station that define its overall daily operations.

Numerous other routes do exist though these comprise the main core offerings. Through these alone, a great deal of traffic is facilitated. The number of passengers exiting or entering Chester Train Station in need of these routes, or having just used them is quite substantial, especially considering certain times of the day.

Via Chester Train Station alone, there are many connecting routes to local attractions, public parks and much more.

A variety of connection stations can be reached through Chester Train Station include:

As the system branches out, a number of popular attraction and locations become accessible for the public.

One example would be the Lady Lever Art Gallery, accessible through the Bebington Railway Station. This gallery offers a wonderful selection of pieces and also there is the Port Sunlight Museum & Garden Village.

Chester Train Station is host to a number of established rail companies. These include Arriva, Virgin Trains, Merseyrail, and Northern Rail.

As far as safety and track records are concerned, the Chester station has one of the best in the country. A number of factors have played into this over the years, but certainly the partnerships with the right companies has always remained integral to this formula.

Attracting a wide range of customers, these rail companies have secured the lives of passengers for decades with their commitment to service and safety. Additionally, their ability offer many routes and extensions has helped create a local economic ecosystem to thrive.

Cabbies in and around the Chester Train Station region are part of a system that ultimately is holistic for all parties involved. It is through this balance that the services can be provided in a way that serves all demand.

What the cabbie services in Chester provide is something few other transportation partners can: trust and reliability.

Cab services must be license accordingly (Hackney Carriage). CRB-checked certifications, overseen and regulated by Cheshire West and Chester Council. Collectively, these checks and balances ensure that there is a protective system in place that maximises safety and consistency throughout the industry.

Quality is also ensured through regular maintenance of vehicle fleets. Whether it’s the simplicity of keeping things neat and clean, or more extensive services like repairs, the priority is comfort and safety. Together, these factors help make passengers’ experiences as nurturing as possible, which is a win-win for all involved.