Chester Zoo is ready to open its doors. Non-essential stores are set to open their doors June 15. Other businesses like Chester Zoo are following in their footsteps with safety measures for your family. They’re ready to open, but it’s not a simple process. 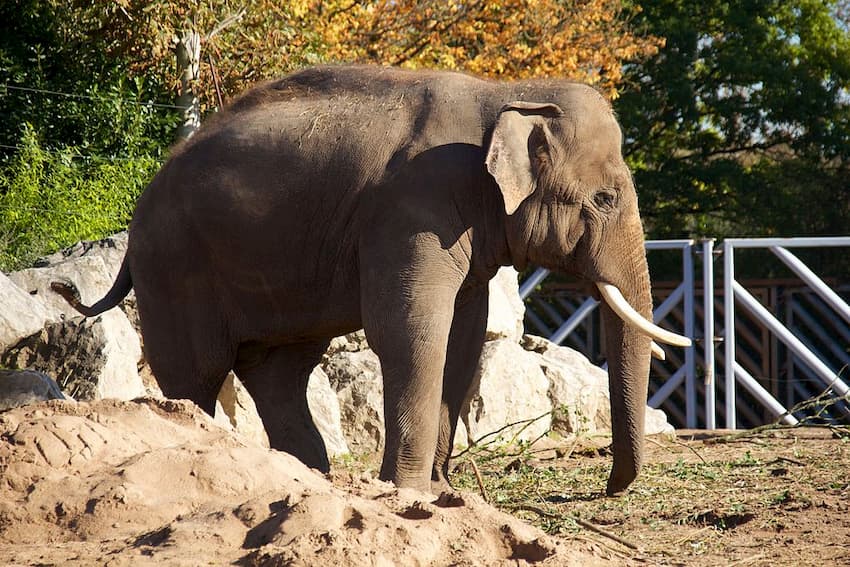 Chester Zoo has been closed since March. They’ve worked behind-the-scenes taking care of animals and maintaining the zoo. Once the doors open, they’ll be ready with new safety measures. They’ve installed features across the park. When guests enter, they use self-scanning tickets. Guests must book online to get a spot into the zoo. This helps the park reduce the number of visitors at one time. There are also designated places to stand in line to allow social distancing.

Chester Zoo wants to ensure guests stay as clear of germs as possible during their visit to the park. They installed multiple multiple hand sanitising stations throughout the zoo. The 128 acre site also has protective screens at all service areas. There will be signage throughout the zoo as well as protective screens. The indoor animal habitats will remain closed as well as the indoor dining areas. The outdoor food and drink kiosks will be open. Visitors can get takeout from Manado Street Kitchen on Islands. There are now more picnic areas to dine. The touchscreen computer systems and cash machines will not be in use. The viewing windows will have one meter standoff markings to prevent touching the windows. The gift shop will be closed, but you can pre-purchase a soft toy, and then pick them up from designated collection points. The play areas will also be closed to visitors.

This zoo is only closed on Christmas Day and Boxing Day each year. Suddenly closing in March was a shock to them. Chester Zoo makes its income from visitors. It makes up about 97% of their income. There are about 35,000 animals in the zoo. This means it costs about £465K per month to take care of these animals and all of the plants. This money goes towards maintaining the bedding, wages of the employees, heating the animal houses, and feeding the animals. Like many businesses, the zoo has felt the impact of the pandemic. CEO of Chester Zoo Mark Pilgrim told Business Live the affects of this pandemic could last for months. Chester Zoo took an extended loan facility for capital works this year, which is actually helping now run the zoo. With expected reduced visitor costs, maintaining the zoo could be a “massive challenge” if this extends into next year. 270 employees of the zoo’s staff went into furlough status. 500 employees were kept on to maintain the zoo. These employees included vets, maintenance workers and zoo keepers.

Chester Zoo was not in a position where they needed to put down any animals due to lack of funds. Pilgrim said they cannot take on any more debt, but they are not expecting a large government bailout that would “save” them. The support of members has helped the zoo stay afloat as well. Pilgrim said they did expect a large drop off in membership, but it simply did not happen. They have a membership of 220,000 people. This money has been a lifeline for the zoo.

The good news is that the zoo has ten years under their belt. They’ve invested in the park and the exhibits. They hope to keep growing as the public comes back. The zoo had recently increased its loan to support capital projects for the future. This money is what is keeping them afloat at this time. The projects are now on hold, but will pick up in two years. The zoo is ready to open its doors with happy, healthy animals and employees. For every day that the zoo is open, it means more money is flowing in.

The best news is that the animals don’t know much has changed. The zookeepers, scientists and veterinarians are still there to give them care and love. They receive as much attention as possible from their caretakers. These workers still have to follow strict guidelines for safety and bio-security.

The zoo has been putting on some fun virtual shows so people can still see the animals. In May they put the spotlight on some of the most endangered species on the planet for an Endangered Species Day Special. People got to tune in live to enjoy watching the rhinos eat breakfast, having brunch with the mountain chicken frogs and dine on some lunch with northern cheetahs. They’re trying to live stream more shows to entice viewers and future zoo lovers to the screen. People have tuned in for feeding time for the tropical birds and watched the critically endangered Visayan warty pigs.

One thing to note about Chester Zoo is that it is no stranger to bouncing back. In 2018, a fire ripped through their Monsoon Forest. This habitat was home to dozens of animals. The staff had to jump into action to get the animals out of the fire. They got out many of the animals, but lost of the amphibians, reptiles and birds in the habitat. They opened to open that habitat back up this summer, but it will be pushed back a little bit. They worked hard to rebuild, and were thankful to save animals and workers in the process. Pilgrim explained that no one slowed down. Everyone worked together with support from visitors to keep the zoo’s spirits up and went on with business as usual. The resilience of the animals and employees at the zoo didn’t stop then, and it won’t stop now.

The government has not stated an official opening date for zoos or other visitor centres. Until then, those at Chester Zoo are ready to open. They’re waiting to open their doors to see the smiling faces. They stay involved in supporting the BIAZA (British and Irish Association of Zoos and Aquariums) lobbying government to provide more support to zoos.