The London black cab is an iconic part of city life. It seems to be everywhere, ferrying people from airports and conferences to recreation spots and back again. But the taxi does not always progress at the same pace as private cars. Car companies spend billions of pounds in advertising, research, and product development than cab companies. While car companies want to appeal to millions around the world, cab companies mostly focus on a smaller group of people in municipalities. London Taxi Company is hoping that their new electric vehicle, the TX5, will change that trend. 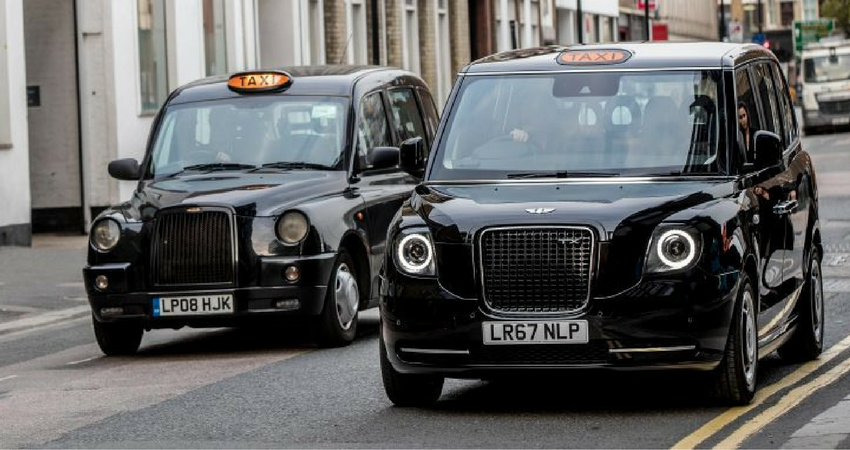 The Taxi and the City

Reliance on the cab is a reason why London Taxi Company’s (LEVC) most recent announcement deserves recognition. The company’s new TX5 will have an electric drive train and will have zero emissions. This new cab cuts down on fossil fuel production while also providing riders with an attractive, well-tested way to get around the city. Moreover, instead of using dirty coal factories to produce this green vehicle, London Taxi Company has decided to build a new green factory near Coventry. The factory is built to the most environmentally friendly standards of any car factory in England. Benefits of the new factory also extend to the local community. This massive facility will employ over 1,100 people and provide millions in economic activity to its home city. London Taxi Company is hoping to bring about both economic prosperity and an environmental revolution with this one humble cab.

The electric cab is not just fuel-efficient. It is also a car that many people will actually want to ride in. The new black cab being produced in Coventry is a sleek, classic design with modern accents and a swirl pattern on the exterior. This model comes in all different shapes and sizes including a minibus that seats eight. The cab has also been put through all of the tests that more rugged vehicles often go through. The London Taxi Cab Company drives its vehicles through punishing conditions and heavy snow. One series of tests takes the car through -15 degree temperatures in Norway.

Taxis are not often replaced. As a result, taxis are expected to last as much as they are to perform. Even with its battery system and sleek exterior, The car is still expected to drive over 500,000 kilometres in its lifetime. Short trips, quick turns, and different grades are not supposed to slow these vehicles down in the slightest. In addition, the batteries that drive the vehicles are designed to drive for up to 70 miles electrically on a single charge. 70 miles is far less than the vast majority of the thousands of taxi rides that take place in London every day. The city has numerous charging stations all over the city that can charge vehicles for a fraction of the environmental and economic costs of gasoline combustion.

In addition to the eco-friendly cars, the factory itself is lean and green. Coventry’s new black cab factory has some of the highest ecological certifications achievable. The plant runs on as few fossil fuels or nonrenewable resources as possible. It gains much of its power from the sun and stores solar power in batteries for work at night or on cloudy days. The factory also addresses some of the environmental impacts of factories that move beyond simply powering them.

For instance, many factories have massive parking lots that provide impermeable surfaces. Those surfaces lead to considerable runoff that erodes stream banks and fields. The factory has controlled those myriad effects by planting gardens that absorb rainwater and offset otherwise impermeable surfaces. This factory also has a waste heat transfer system that allows heat that would otherwise be released into the atmosphere to be reused in other parts of the atmosphere.

London’s black electric taxis are not the first electric cabs in the world. It will take years for them to fully expand across the city and dominate daily life. However, the new factory outside Coventry and the introduction of the TX5 are pivotal first steps. Time will tell if London will be able to eliminate greenhouse emissions from public transportation with this impressive new product.