In March this year Manchester Airport announced that a new drop-off zone would be created. Passengers will be transferred to all terminals at the airport without any charge. Recently, it was also publicised that dropping off right at the airport station and the terminal buildings will still be allowed. However, there is one catch: cars will be charged based on the duration of their stay at the drop off zones. 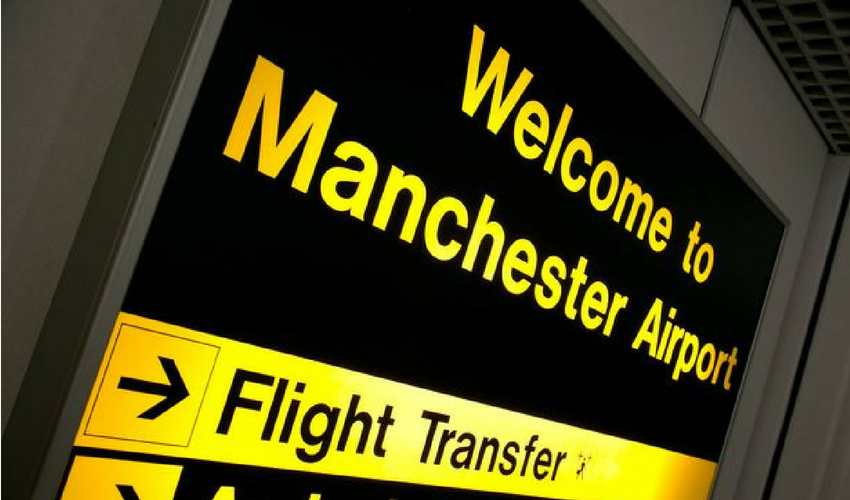 What are the Drop Off Charges?

Dropping off directly outside the terminal buildings will cost £3 for five minutes. Meanwhile, those who stay for 10 minutes will be charged £4. No additional charges will be implemented to the drivers who are collecting their passengers and are parked in the car parks at the terminals. They will still have to pay £4 for a 30-minute stay.

The lanes that are nicknamed “kiss and fly” have always been free but that is finally over. Drivers will soon be charged if they stay at those lanes for five minutes. An exception would be if they utilised the shuttle bus, which will remain free. However, the shuttle bus is only available at a designated drop-off zone, and it is more than one mile away.

The drivers will begin paying for those charges soon enough, although there is no exact date as to when it will take place. Credible sources have stated though that it will begin this June.

Reactions of the Public

As mentioned, it is possible to avoid the charges. Passengers will have to be dropped off precisely at Thorley Lane Jet Parks 1. This specific site has long been a place where holidaymakers can park their cars for a more extended period than the other areas.

The changes have caused some adverse reactions from flyers, especially those who frequently travel. Consequently, disabled travellers are also worried about the situation.

When these changes were first reported back in March, some people accused the Manchester Airport of becoming too greedy. Many individuals agree that the airport wants to take every last penny that they can get from the passengers.

However, the bosses of the airport have already addressed these accusations. They insisted that the scheme is mainly aimed at eliminating or at least reducing the crippling congestion all around the airport. The COO of the Manchester Airport, Tricia Williams, has said in an interview that the passenger numbers have been increasing and they continue to rise each year.

Due to the problematic congestion, the airport started to invest in various improvements, which included the on-going transformation project. This particular project that has indirectly caused the soon-to-be disappearance of the free kiss and fly lanes is a part of the £1 billion worth of investment, which the airport management believes will benefit both the site and the passengers.

The number of passengers continues to rise several times in a year. There are also new security rules that revolve around the forecourt capacity, along with problems with the limited space at the airport. Williams considers these issues the reasons for extreme congestion at the site, especially during peak times.

The airport continues to look for a proactive approach while they manage the problems with congestion. As they took in the suggestions and complaints from the passengers, they have formulated their final plans, although they may cost extra money from the people who use the services of the airport.

Additionally, the airport bosses have stated that they have been listening to the people who use the site frequently as they finalise the scheme. The exact launch date has not yet been confirmed even as June already started.

Nevertheless, the airport is able to confirm some facts about the modifications that will soon be executed all around the Manchester Airport, which include the following:

Those who own Blue Badges will be allowed to drop off their passengers outside the terminals without paying any amount.

Meanwhile, drivers who do not hold the Blue Badge will be required to use the drop-off zone. These non-holders typically book special assistance. They can contact the assistance firm of the airport OCS.

Each bus that travels from the terminals and exits from there will all provide accessibility to disabled persons.

Commuters who would normally utilise the Manchester Airport Station will benefit from the resident permit scheme. It will cost exactly £30 per year, which may be convenient for those who need to be picked up and dropped off at the Airport Station. Note that drop-offs will stay at the station, while pick-ups are all required to be made at T1 Arrivals.

Passengers are also allowed to hire private drivers. These airport transfers will still be charged the same amount as the others, but they can get a discount amounting to 40 pence. There is a requirement though. These drivers should purchase a £30 concession card, which is already available for use these days. They are utilised for picking up the commuters who came from the Arrivals.

The profits from this specific scheme will be forwarded to the budget for new public transport. Currently, the funds are being set up by the Manchester Airport together with the Greater Manchester Combined Authority, as well as the Cheshire East Council and the Transport for Greater Manchester. The changes, although the public may see them as a hassle, will support measures that can further improve aces for both the passengers and the staff of the airport who use public transport regularly.

With the free drop-off and ride for long-stays only available in Jet Park 1 in Thorley Lane, the journeys of the passengers will have seven more minutes as they drive to Terminal 2, which is about half mile away. Terminals 1 and 3 will add 12 minutes to the whole trip since they are more than one mile away from the airport.

The kiss and fly lanes will soon be scrapped entirely since they are the areas at the airport where the officials of the airport can see the increase in passenger numbers. This hike can increase to 20 to 40% more vehicles than the Manchester Airport can handle.

In fact, during peak times, one driver out of five will have to drive an additional lap of the airport just to find available space for dropping off the passengers. The congestion is quite extreme even though more than 80% of the drivers actually stay for five minutes or less.

The airport aims to invest in a dedicated site for dropping off passengers where free shuttle operates to each terminal. These changes, according to the officials, will contribute to a significant reduction in the traffic caused by individual vehicles trying to access the busiest parts of the airport.