It’s been a difficult summer at Manchester Airport. From flight delays to chaos at baggage and lengthy security queues, this carefree holiday travel season has been anything but easy for this newly renovated airport. In fact, a recent survey reveals that passengers are significantly more unhappy with the security screening process at Manchester in compassion with all the other major airports. Travellers have even complained about the cleanliness of the airport as well as the cost of the new drop-off charges. 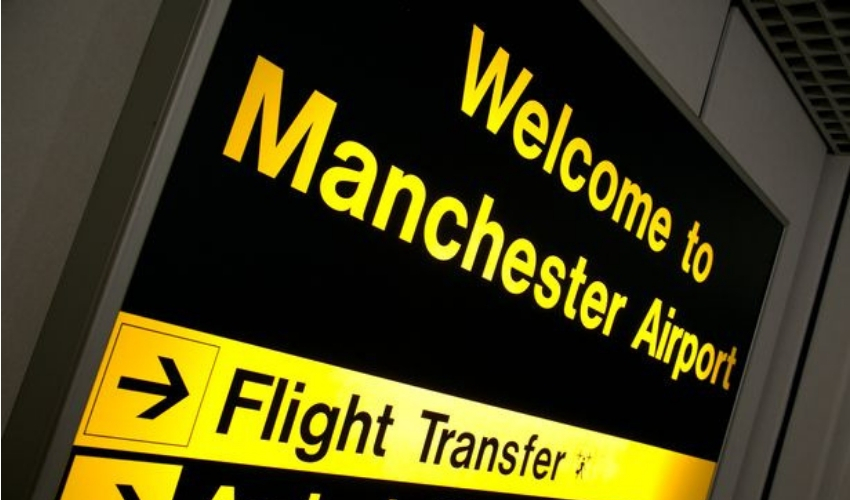 As the newly renovated Manchester Airport celebrates its 80th anniversary, it promises enormous improvements. Yet in June of this year, Manchester Airport received 1,613 complaints which are a significant increase from the previous month. It’s also been identified as the least accessible airport for travellers with disabilities. So why are there so many problems at Manchester? Let’s look at the issues aggravating passengers and how the powers that be are addressing them during their busiest season.

In early July, there were 90 complaints regarding damage to vehicles made by travellers returning from holiday. Passengers complained that after paying costly fees at the car park, they returned to vandalised vehicles. The airport’s chief inspector states that they have implemented an array of additional measures to provide adequate security but advised that valuables should not be left on display in cars.

Accessibility for the Disabled

As she returned from holiday, a 56-year-old woman with osteoarthritis and post-traumatic stress syndrome was left waiting for two hours at the bottom of a staircase in Terminal 2 due to a broken escalator. Unfortunately, the helpline did not answer, and the airport personnel didn’t know how to operate the stairlift.

Based on similar occurrences, the Civil Aviation Authority recently issued a report determining that Manchester Airport disability access is below acceptable standards. The airport recognized the findings of the Civil Aviation Report and stated that they were dedicated to ensuring that the required improvements are made to accommodate the needs of passengers with disabilities. Additional steps have been taken by creating a sunflower lanyard for individuals with hidden disabilities. Additionally, a Disability Engagement Forum was established for the purpose of ensuring the airport is more responsive to the special requirements of passengers with special needs.

In May, several flights were delayed at Manchester Airport after an IT system failure resulted in staff having to manually check in passengers. Flyers voiced their frustrations on social media while stranded in the terminal. Passengers were manually checked in and received individual tickets one at a time. Many people waiting at queues for nearly an hour were concerned about missing connecting flights. A Manchester Airport spokesman stated later in the day that their team had resolved the issue, and the system was restored.

Reports of assaults, delays and frustration at Manchester Airport are being investigated. Have you been affected? pic.twitter.com/MVZwdwhyqT

The airport continued having delay issues when a Finnair flight was delayed for five hours in July due to technical issues. Angry passengers stranded on the tarmac vented their frustrations on Twitter after the flight was eventually cancelled. The delay caused passengers to miss connecting flights, and in some cases, they were unable to book alternative flights to arrive at their destinations on time. Finnair apologised for the disruption in service but stated that the safety and security of passengers was their primary focus.

Manchester Airport has also faced baggage issues this summer when passengers described “horrendous* delays as they attempted to retrieve their luggage. Apparently, the Swissport handling workers were being utilised for a fire alarm evacuation which contributed to the issue.

The alarm and subsequent evacuation of terminal three caused eight flights to be delayed due to the need to re-screen the passengers and their baggage. Consequently, several passengers had to wait hours for their luggage and described the environment as “chaotic.”

Passengers were livid and expressed their anger on social media with one taxi driver characterising the scene as “a complete joke.” Other flyers were upset about the lack of information being released during the crisis complaining that the airport was not providing any information regarding the cause of or solution for rectifying the issue. Other passengers remarked that there was no available staff to answer questions or address concerns. A Swissport spokesperson apologised for the incident acknowledging that the situation was “frustrating to passengers.” In addition, the airport and airline are conducting an investigation to prevent similar issues from arising.

According to passengers, one of the most frustrating aspects of summer travel through Manchester Airport is the lengthy queues. Airport officials have asserted that the long lines are due to a lack of resources provided by the Home Office which handles immigration. Yet they place the blame on a litany of issues ranging from a deluge of planes arriving simultaneously, overcrowded terminals, late night arrivals as well as general factors that are common during the peak of summer.

“Absolute JOKE. Sort it out Manchester Airport. Queued up longer than my flight” https://t.co/39qX8gwlpG

The Home Office acknowledged that their standard for clearing EU passengers is 25 minutes and 45 minutes for passengers from outside the Union 95 percent of the time. However, the general public has no way of knowing if these targets are met since the office does not release this data.

Despite the Home Office’s claim, EU passengers assert that the wait time can be as long as 45 minutes. Flyers state that some of the issues are stemming from malfunctioning airport equipment such as out of order electric doors and e-gates. An increasing number of passengers are relating negative experiences with wait time at the ‘fast track’ queue lasting 30 minutes.

The Home Office asserted that they have made attempts to reduce the wait time while maintaining a secure check-in of passengers. The spokesperson for the Home Office added that the majority of people get through the queue within service standards although provided no documentation to back up this claim.

Many taxi services and flyers are unhappy with the added drop off fees implemented in July. Passengers flying out of Manchester Airport are now having to pay to be dropped off outside by the terminals. Drivers now pay £3 for five minutes, £4 for ten minutes, and £25 for longer. In the past, drivers used the forecourts to avoid paying this fee, however, they have no choice but to use the drop off charging bays now. The new drop-off bays have also caused the terminal 3 ramps to be removed which some taxi drivers claim negatively impacts access for passengers with disabilities.

These fees have resulted in some Uber drivers refusing to pick-up passengers from terminal three because of the aggravation and cost. Drivers claim that having to travel through the car park makes it more difficult to pick up and drop off passengers. Flyers who choose to drive themselves to the airport must pay £24.60 for parking at the Toad Park & Ride.

The Chief Operating Officer of Manchester Airport states that the change was implemented to address the swelling of congestion at the terminal forecourts which are magnified by the peak season. The airport claims that the forecourts aren’t equipped to accommodate the growing numbers of passengers dropped off by the terminals, therefore the fees are designed to encourage parking and increase road space at the airport.

Many visitors believe that the ongoing renovations to the airport have been a hindrance in providing quality customer service. They fear that airport management may not be focused on customer satisfaction in the short term during this transitional process. However, the airport states their passengers will benefit greatly after the high-tech super terminal is completed in 2023. Characterised as the “biggest construction project ever to take place in Greater Manchester,” the terminal will use free cooling technology and will be carbon neutral. The project will extend terminals two and three by 900,000 square feet while terminal one will be eliminated. The airport is also building a new access ramp from the M56 Spur which will provide direct access to forecourt departures from the existing car park roof. In addition, 200 security staff have been hired to address the peak summer demand.

The improvements promise quicker check-ins and security checks as well as faster queues through immigration and baggage claim. Critics assert that investing in the future should not be at the expense of delivering premier services. However, Manchester Airport insists that they are singularly focused on providing high-quality customer service in the short term and beyond.

Our Taxis don’t just involve the drop off / pickup basics we try to help you further. Our airport transfers to or from Chester can also include our meet and greet service. This includes meeting you in the arrivals terminal and help you with you bags.

Whilst we can get you there on time, please be aware of the current problems inside the airport and try allow yourself extra time to get through security and bagage collection on arrival.