The iconic black cabs of London also called Hackney Carriages have a very interesting history. These cabs are older than you may think. This article will delve a bit into the history of this cab and tell its story. You will get to know how it came about. It is a mere summary, and most of the jargon surrounding has been avoided. However, care has been taken to make it as detailed as possible.

Why is the Black Cab Important?

One reason you may want to learn about the black cab is that the London Taxi Company, the maker of these cabs shut down production this year. The black taxi has transported hundreds of millions of Londoners in 40 countries globally.

The image of this cab is like that of the British Houses of Parliament or the London Bridge. For numerous tourists arriving into the UK, the black cab is the first thing that greets them at the airport, and it is usually the last thing they see before departing the country.

The black cab has featured in numerous films and TV shows globally. It is reported that the current TX$ model has appeared in over 500 films. The taxicab has starred in famous movies and shows such as Doctor Who, James Bond, and even Sherlock Holmes.

Of course, there will be a new model to replace the cab. However, it is going to be entirely different to the current model. The black cab uses a diesel engine while the new cab will use a hybrid engine and will ditch most of its retro look. It is being replaced by a new and sleeker look.

These taxis have navigating the streets in London for three centuries unbelievably. 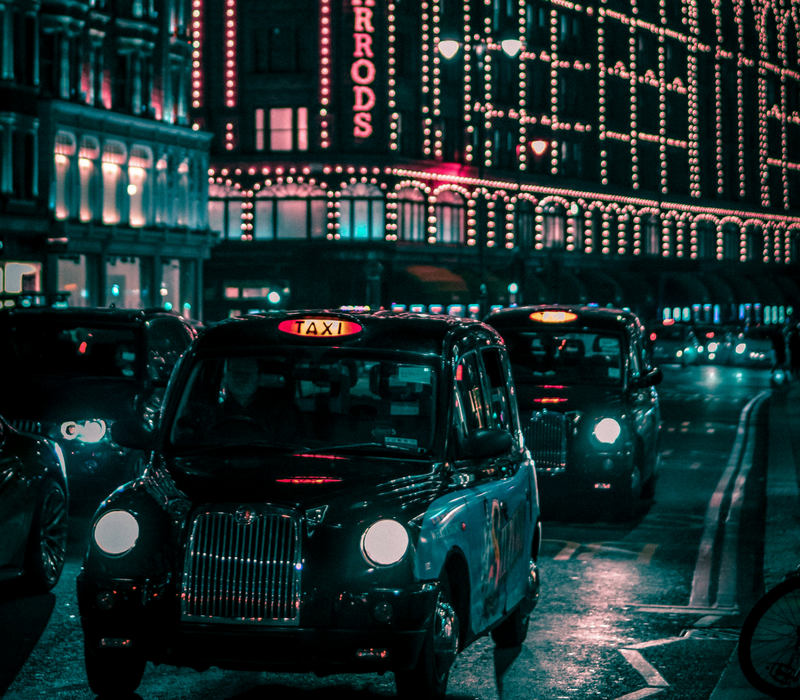 Taxis in the city of London were initially called hackneys. The word itself came from “hacquenee” a Norman French word, which was used to mean a horse could be hired. In fact, the term is still there today, most people, especially the older generation, always call the taxis hackney cabs.

The hackney coaches, which were horse-drawn carriages, first appeared in London in the middle of the 1600s. It was during Queen Elizabeth the first’s reign. During this era, purchasing the horses and a coach needed to use a Hackney was a significant investment. To offset this cost, most rich coach owners would hire them out to the members of the gentry.

As the coaches aged, their owners would replace them with new models. Poor in-keepers, merchants, and entrepreneurs, who would use them to transport patrons and their customers for a fee, bought these old coaches. However, these taxis were not known for being reliable. In fact, most of them were accused of being exorbitant and offering poor service. It is a reputation, which most taxi drivers have not been able to shake for three centuries.

To counter these accusations of unprofessionalism, the first formal organisation for tax drivers was created in 1634. Captain J. Baily, a sea for many years, became head of the group. At sea, he had worked for the crew of Sir Walter Raleigh, who had been a merchant in the New World. Baily acquired four coaches that worked on the Strand. He ordered his coachmen to wear uniforms and to charge a uniform fair.

The success of coaches owned by Baily caused other coach owners to copy the idea. Within the next twenty years, taxi services in London grew tremendously. However, not everyone kept to the high standards that Baily had for his coachmen. Parliament, inspired by Baily, passed legislation to regulate taxis in the city. It helped to bring a resemblance of order to the taxi business.

By the early 1760s, over a thousand taxis were operating in London. The residents of London called the coaches hackney hell carts. It was because of how erratically their drivers would behave. Besides that, the coaches themselves were usually of an inferior quality.

However, this later changed in the 1800s. It was after French two-wheeled cabriolet hit the streets. This term is still in use today. It describes cars that have a convertible roof. Later on, further advancements were made, and it led to the introduction of the hansom carriage. This carriage was faster and agile. They were also quite light and required only a single horse to poll them. It was necessary for reducing congestion on the streets of London.

Towards the end of the 1800s, the taximeter was invented. Friedrich Bruhn, a German in 1891, created the original contraption. The first taxi to have a meter installed in it was developed in 1897 by Daimler Victoria.

The meters were originally mechanical devices that would be mounted outside the cab. Soon, they were relocated to the inside of the taxi and by the 1980s; electronic meters were standard in most cars.

The first motorised taxis in London began operating on the streets of the city in 1897. The taxis originally ran on a motor that was powered by electricity. The Taxis were called the “Berseys” after their inventor C. Bersey.

There were fifty of these taxis by the end of that year. However, they proved to be too expensive, and they were phased out by 1900. The main reason was that the electric motor technology was still young, but there was not much research on how to improve it.

Three years later, taxis that ran on petrol were introduced on the streets of London. The taxis came from France. It was after importing US-made Ford Model Bs proved impossible due to high costs. However, there were still taxis built by British firms at the time such as Vauxhall, Herald, and Rational.

The use of the word “taxi” was first officially recognised in 1906. It was when the use of taximeters became mandatory. As part of the regulation, the turning circles were also introduced that same year. It stated that each taxi must be able to turn in a tight circle of 25 feet.

Over the next few years, the taxi business thrived. However, it came close to collapse many times. The first time was in 1911 when taxi drivers went on an industrial strike. The second was in 1913 when there were fuel shortages and during the First and Second world wars.

At the time, young men who could drive taxis were also seen as quite fit for military duty. Thus, most of the cab drivers were called into the Service of the British Forces to defend their country from invasion. The making of the vehicles was also suspended as the factories were converted into munitions production plants.

During the inter-war period, the industry boomed. It led to new developments such as the production of the first Austin vehicle in 1929. Based on this success, the Austin became quite successful. Austin went on to produce the FX3 black cab in 1948. Here is a bit more about the war periods and the period after that.

Between the Two Wars

The William Beardmore & Co Ltd in Paisley, Glasgow, produced one of the first cabs after the First World War in 1919. The cab was quite sturdy and luxurious for a taxi. Shortly after, they built the MK 2 ‘Super’ in 1923.

In 1921, Citroen introduced an updated version of a model produced pre-war. At the time, there was an attempt to present a lower tariff, but it faced a lot of opposition. However, it did succeed eventually. This new low tariff had a significant negative on the industry, which was also feeling the effects of the great depression that had hit the world.

In 1929, the Austin Car was introduced on the streets of London. The car became an immediate success and rivalled the cabs made by Beardmore. The company launched a cheaper model in 1934 that proved quite a success.

When the Second World War started, most of the young men were whisked away to war as mentioned previously. It had a significant impact on the taxi business.

Most pre-war models had been discontinued, and there was a dire need for new taxis. In 1948, Austin introduced the FX3. It ran on a petrol engine, which proved uneconomical for the time. A conversion to a diesel engine was launched in 1952. In 1954, a diesel engine model of the FX3 was introduced by Austin, which they named the FL1.

The popular Austin FX4 came into production in 1958. Since then, it has undergone little change and has been prying the roads of London for over 50 years. Austin also introduced a Hire Car version of this model, which they name the FL2 that they built between 1958 and stopped production in 1976. They briefly re-introduced it in the 80s as the London Limousine, but it did not enjoy commercial success.

The FX4 has been in production for many years with slight modifications and different engines. The main reason was that its parent companies just did not have the money to make a replacement. There have been two attempts made to upgrade the FX4 including the FX5 and the CR6 in 1982. 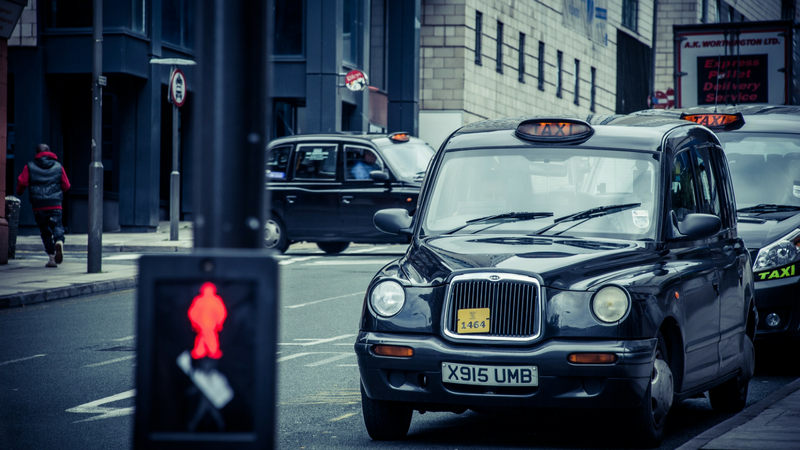 It is another model of the London. It first came into production in 1963. It had a body made of glass fiber, and it was the first cab in London to use this material. Production remained limited, and it stopped in 1972.

There was a demand for a new cab, but there was no one to supply one in the 80s. Metro-Cammell-Weymann introduced the Metrocab in 1987 to meet this requirement. It had a body made of glass fiber, and its last production model used a Ford Transit engine. In 2008, images of a new hybrid car were seen for the first time.

The latest taxi to receive approval for use on the streets of London was the Mercedes Benz Vito Traveliner. Its base vehicle cannot complete the turning circle, but that is achieved through modifications to the rear-wheel steering. The car can seat six people and runs on a 2.2-litre turbo diesel engine.

Why London Taxis are Black

The Austin FX3 of 1948 made the black taxi look popular. The cab was made in black, and anyone who wanted a different colour had to pay extra. Seeing as it was the post-war period, not a lot of people had money for that.

Most fleet owners wanted to keep cost low, and they decided they would not pay a dime more for fancy colours. Since then, most cabs in London have remained black for ease of identification.

UK regulations define a hackney carriage as a taxi which is allowed to ply the roads looking for passengers / customers to pick up, as opposed to private hire minicabs, which may pick up passengers only who have previously booked a taxi online, by phone or those who visit the taxi operator’s office.

All black cabs, including our very own Chester black cabs are fitted with a fare meter which is programmed according to the agreed tariff by the council which cannot be tampered with. What the passenger sees on the meter is what the passenger pays.