Since 2018, the number of licensed vehicles has increased by 2.5 percent in England. The number of licensed taxis in England, Wales and London have been steadily increasing since 1972. The increase in the taxi market is expected to reach 9.22 percent between 2019 and 2024. The major factors for this increase include mobile apps for booking and reduced fares. Over 40 percent of the taxi market resulted from online bookings.

The transportation sector has been innovated by taxi applications including Lyft, Uber and Ola. The demand for ride-sharing and taxi services is increasing in developing countries including Vietnam, China and India. This has resulted in enhanced options being offered in mobile applications. In 2018, over 70 percent of the global market was captured by Asia-Pacific. This increased the low fares and traffic congestion.

The average income of taxi drivers has fallen approximately 10 percent due to Uber. The same technology threatening taxi fleets is being used to improve dispatch systems, driver apps and intelligence tools. Technology is behind the trends taking the taxi industry into 2020. The trends with the greatest impact on the industry are defined below. 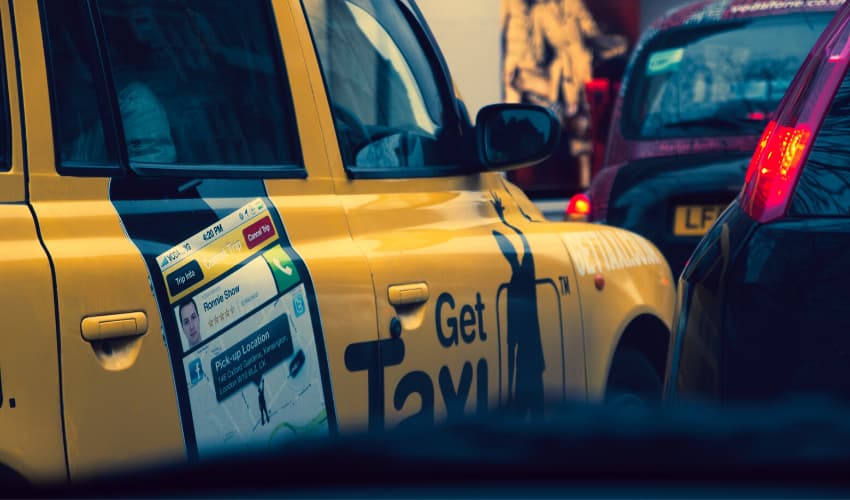 Autonomous vehicles have become a reality. The Metro in Copenhagen is driver-less and automated and Denmark will be supplied with eight autonomous trains in 2020. Self-driving taxis will be released in Japan in 2020. A fleet of vehicles without steering wheels are expected to be released by Ford by 2021. Companies all over the world are in a race to release self-driving vehicles.

The release of autonomous vehicles has experienced difficulties. The operators of self-driving cars for Uber in Pittsburgh have been laid off while the vehicle strategy is reassessed. This is due to the fatalities in Arizona and California resulting from driver-less cars. Despite the trend for 2020, safety and legislation are being questioned.

An American report showed two-thirds of all individuals in the United States believe the roads will be dominated by self-driving vehicles within 50 years. Less than 50 percent of these individuals said they would ride in a self-driving vehicle or taxi. Autonomous taxis will result in substantial cultural, technological and social shifts. The impact will vary throughout the world.

The regulatory and political implications of autonomous taxis must be considered. The technology of self-driving vehicles is still new. New legislation is required to support these vehicles. Legislation in the United Kingdom promoting driver-less car safety is expected by 2021 from the Law Commission. This is a part of the reform for public transportation.

A national policy is being developed by the United States Congress. The House of Representatives have already passed the Self Drive Act. The Senate has not yet passed the AV Start Act. There are critics for these reforms. The consumer trends and technological leadership of China are expected to result in the release of the first driver less AV by 2024. This will impact the autonomous taxi industry.

The trust of the Chinese regarding autonomous vehicles is nearly double that of northern Europe or the United States. Their technology is developing much faster. Autonomous taxis require technological expertise as opposed to standard mechanical engineering. This is one of China’s greatest strengths. Autonomous fleets of taxis have become inevitable for the future.

The rate of adoption is dependent on both technology and legislation. Although accurately predicting the development of technology is nearly impossible, there is no doubt driver-less taxis will be on the roads. AV developments are incredibly important for taxi companies. Once AV’s have been perfected, the next step is most likely electric taxi fleets.

The Green Factor of Electric Vehicles

Electric vehicles including taxis are one of the green trends of 2020. Consumers have become concerned with the impact of traditional vehicles on the environment. Consumers want more than company values, they are demanding action. This is largely due to the trends for sustainability, recycling and greener living. These are major concerns for 2020. Electric vehicles are an important part of these trends.

The relevance for taxi drivers is increasing due to legislation all over the world for rechargeable vehicles. There are currently more electric vehicles in Norway than anywhere else on the globe. Electric vehicles account for more than 50 percent of all new vehicle sales. The belief is they are five to 10 years ahead of the rest of the world.

One of the oldest and biggest concerns of tax companies is the range of electric vehicles. The geographical locations and availability of charging points for electric vehicles may limit the range of taxis to urban areas. Another concern is the time necessary for an electric taxi to be fully charged. When this is combined with uncontrolled variables such as maintenance and demand, there are issues that must be addressed.

Smartphones will be used to obtain information in real-time including charging details. Numerous countries consider electric vehicles and taxis an important part of a green future. The owners of taxi companies and the drivers will benefit from the incentives offered for adopting electric vehicles. Taxi companies are already making plans for this.

The EU is already planning on targeting 40 percent of all new car sales being electric no later than 2040. This will also impact taxi fleets. Ireland will be offering a grant of €7,000 for taxi drivers making the switch to electric vehicles. Go Electric Taxi has already begun in Coventry in the United Kingdom. This provides incentives for taxi drivers.

This includes e-taxi booking using apps, a £2,500 discount for the first order of electric taxis, no commission on fares and free charging for the trial. Electric taxis are already operational in the United States. These taxis offer dense urban areas services with zero emissions. This trend will continue into 2020. Fleets of electric taxis are receiving customer loyalty due to the negligible impact on the environment.

Numerous taxi companies are trying to stay a step ahead of their competition by transitioning to electric vehicles before they may become mandatory.

Alternative travel may include aircraft landing and taking off using electricity. The aircraft is expected to provide a tilt-rotor with a single seat. Automated aerial vehicles are making progress with taxi startups. An air-taxi not requiring a pilot is a likely possibility for the future. This type of taxi is currently being tested in New Zealand. The first commercial service for air taxis is expected to be launched.

One of the taxi options not quite as extravagant is called hydro-taxis. This vehicle will operate on the water, mostly for sightseeing expeditions meant for tourists. There is no such thing as a flying car. These vehicles are technically aircraft. This trend is expected to become a reality within the next five years. Automated aerial vehicles are already planning small-scale commercial launches for the future.

Legislation and perception are just as important for the success of hydro-taxis as it is for autonomous vehicles. The belief is once personal flights become available to the public, the option may become the latest toy of the rich throughout the world. Although they will not be available in 2020, automatic sky taxis are a definite likelihood for the future.

Transport regulators will have entirely new concerns in the future. A fixed roadway system may become a thing of the past. London airports recently implemented a new drone interface. The major disruptions that resulted are a clear indication that a lot of changes must be made before a fleet of flying taxis become a possibility. Flight pathways will need to be established between stations for every journey.

Initially, flying taxis will be a novelty for tourists. Although taxi companies do not need to be concerned about the impact of flying taxis in the near future, adoption may become important later on in the future. A lot of work and significant investment will need to made to obtain a flying taxi fleet. This will require aeronautics and global tech companies to make significant advancements for autonomous flying vehicles.

Taxi companies may eventually be at the mercy of these businesses to obtain a commercial fleet of flying taxis.

The Inevitable Merger Between TNCs and Taxi Companies

The taxi industry has been taken over by TNCs (traditional network companies). One of the key outlets is MaaS (Transportation/Mobility as a Service). Some of the most important concepts for modern transportation are digital systems, taxi apps and ride-sharing. Both established taxi services and startups are spending a lot of money on these types of projects.

An investment of $1 billion has already been made by a major car manufacturer in an attempt to control the MaaS industry in Asia. This includes offline and online mobile platforms for package and food delivery, financial services and mobile payments in the transportation industry in more than 217 cities located in southeast Asia. The assets in southeast Asia once belonging to Uber have already been acquired.

Grab and Toyota began collaborating in 2017. The intention is to use MaaS for a mobilised and more efficient society. This reflects what is occurring across the globe. The numerous PR disasters have not stopped Uber from their intention of becoming the most critical transportation provider. Their third-party transportation includes trucks, bikes, cars, scooters and autonomous vehicles.

The new and 2020 normal has become third-party transportation, taxi apps and ride-sharing. If the traditional cab companies do not accommodate the digital changes due to technology, they will not survive. Numerous taxi companies have already decided to begin using new and sophisticated technology. Many are developing innovative solutions to be able to compete in the modern market.